All articles tagged with "Car Pedal"

Mistress Vendetta's boyfriend believed that she was not a good driver and she wanted to prove him wrong. So she got into her car and he got into his. She was wearing high heels and he did not think that she would beat him in a race. But she got in the car, revved the engine and she sped off. She floored the gas pedal and he did not catch up with her and that is how he never underrated her ever again.

Model Lin has always dreamed of driving a manual car. And today she finally managed to buy one. She was all excited and wore her boots and got in the car. She revved up the engine and enjoyed hearing all the sounds it made. She then closed the doors and windows and stepped on the gas pedal. She nearly drove beyond the speed limit as she drove her sports car down the road. 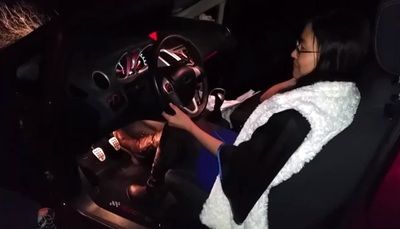 Mistress and her love for sports cars

This mistress discovered sports cars and she has never looked back. She likes how agile they are and how she can move at lightning speeds to wherever she is going. She likes to race with guys and loves beating them to it. She loves stepping on the gas pedal and hearing the engine roar. She also adores the sound that comes out of the exhaust when she revs the car like she likes. 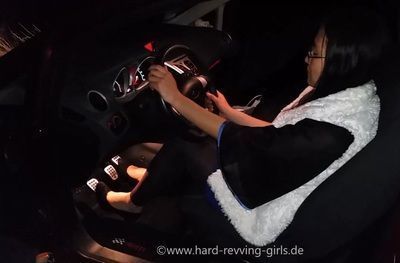 After driving stick shifts for long, Lucy wanted to try an automatic car. She got one and enjoyed revving it up and pushing the gas pedal hard on the freeway. But it was not as hot as a stick shift one.

Cathy loves driving. And the best part of her driving experience is when she's revving up the engine and making it growl. She drives with either her shoes or with her bare feet

Alicia bought her sports car just for the power of the engine. She loves how it revs up and the noise the engine makes when she steps on the gas pedal.